The Primal Power of Stories That Evoke Yearning and Dread 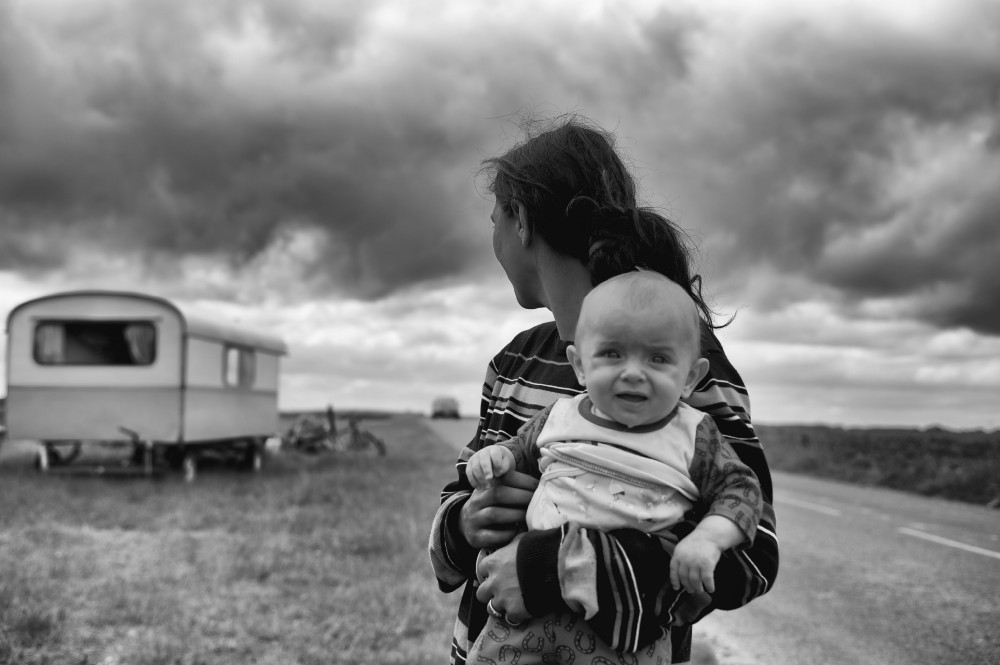 Primal emotion is the aim of all great writing. By primal, I mean the deepest, oldest, and most fundamental wellsprings of human need. And since yearning and dread are the most fundamental of all emotions, they’re essential for serious writers to command.

When my stepson was little, he would spend a month or two with his father and me in Los Angeles, and then we’d return him to his mother and her boyfriend in Northern California for the next two or three. At around age three, Daniel’s constant refrain was, “But where’s their moms and dads?”

The frequency of this refrain intensified when my husband wasn’t with us. It tore at my heart, but I was in my early twenties then, and my expertise in childcare was limited to a handful of high school babysitting gigs. I can’t remember what I said or did in response, but whatever I did didn’t help.

Since Daniel’s parents had never been married, they’d never been divorced, so there was no formal custody arrangement. His mother lived with her guy in a treehouse off the grid. They were followers of the Bhagwan Shree Rajneesh, and eventually their devotion would move them to the infamous Rajneeshpuram in Oregon (yes, the Wild Wild Country). At that point, Daniel’s mother had to choose between serving her guru and caring for her son. She chose the guru, leaving Daniel with us full time.

One day when he was about four Daniel started crying, and I happened to be the one who tried to comfort him. Through his tears he managed to convey that he didn’t know who my husband and I were, much less why he was staying with us.

This probably shouldn’t have surprised me. Daniel had been encouraged to call all of us by our first names (in the case of his mother and her boyfriend, by their Rajneeshi names). No one, it seemed, had stopped to explain our respective relationships to Daniel, any more than we’d explained why we traded him back and forth. On his own he’d figured out who his mom was, but not why she wasn’t here with him. And he thought his mother’s boyfriend was his father, but then, who did that make my husband and me?

Suddenly, Where’s their moms and dads became Who’s my moms and dads? Daniel’s whole world — his whole being, I suddenly realized — was one enormous question mark pulsing with yearning and dread.

Memories of my stepson’s anguish have come back with a vengeance since 2017, when I first joined the rest of the world in witness of thousands of children being ripped from their parents’ arms by U.S. immigration agents. When these family separations began, “Where’s their moms and dads?” took on a whole new and terrible dimension.

Now, incredibly, we’ve learned that for more than 540 of these children, the answer is, no one knows — or may ever know.

At its core, the story of family separation has never been political; where it counts most, it’s primal.

Primal yearnings and dreads are life-and-death matters; they're existential. And most primal of all are 1) the yearning that small children feel for their parents, and 2) their dread that these same parents will abandon them. Where's their moms and dads, translated, means, Will I live, or am I going to die?

The deeper the emotional tap root of a story, the more yearning and dread it stirs up. The more it moves us, the more closely we pay attention… and the more we care.

No wonder the story of children being separated from their parents at the border has galvanized (most of) America. The only way to defuse a story like that is with a counter narrative that recasts these children as villains, stripping them of their humanity — and thus their right to empathy — and shifting that right to their assailant. This is not an easy feat when the kids are under four years old, nor when their attacker is the most powerful government on earth. Apparently, it can be done. However, most of us instinctively root for the children.

For most of us, the yearning and dread of a helpless baby will always garner more sympathy than the demands of an armed adult.

If you doubt the narrative potency of this power differential, consider that other story of Daniel, the one in the lions’ den. This classic tale uses the larger-than-life adversaries of kings — Babylonian, animal, and spiritual — to amplify our yearning and dread and hold us in suspense.

Biblical Daniel is a visionary. He’s got God-given skills, which gain him favor with the king of Babylon, and this favor makes his competitors jealous. They set him up for the lion’s den.

It’s not enough, however, that Daniel is physically defenseless against the lions. The narrative tells us also that he was separated from his parents as a child by a previous king. This engenders our sympathy on a primal level, so that when young Daniel’s God saves him, we’re filled not just with righteous awe but also with deep relief. Having been stripped of his parents, Daniel in our eyes deserves to win.

Since I started thinking about primal power, I’ve noticed just how frequently orphans star in literature. Take Romulus and Remus, Oliver Twist, Harry Potter, James of the Giant Peach, Jane Eyre, and Huck Finn, to name just a few. Losing a parent at any age, either physically or emotionally, can trigger yearning and dread.

Many memoirists, too, write in search of parents taken from them by illness, death, migration, or neglect. And we all — even readers raised in happy homes, whose parents are still present and healthy — can relate.

That’s because we all instinctively yearn for security, just as we dread losing forever the person who knows and loves us best.

Thirty years after the Bhagwan died and my stepson finally figured out who his moms and dads were, he became a therapist. Now in his forties, he's still wandering in that hall of mirrors, still confronting the mysteries of primal loss. I don’t know that he’s ever managed to resolve the yearning and dread that were encoded in those questions that he cast out over the universe as a little boy. I don’t know that anyone could.

I am sure that his father and I would make radical changes to our earliest responses to Daniel and to our custody negotiations with his mother, if we had them to do over. But life unfortunately can’t be rewritten.

We still don’t know how this story of Daniel will end, any more than we can say how today’s separation of families on the border will affect the stories that these migrant children will tell and write and live for decades to come. Rooting for their awe-inspiring triumph, alas, won’t be enough to give these kids the happy endings they deserve.