About Me-- Aimee Liu 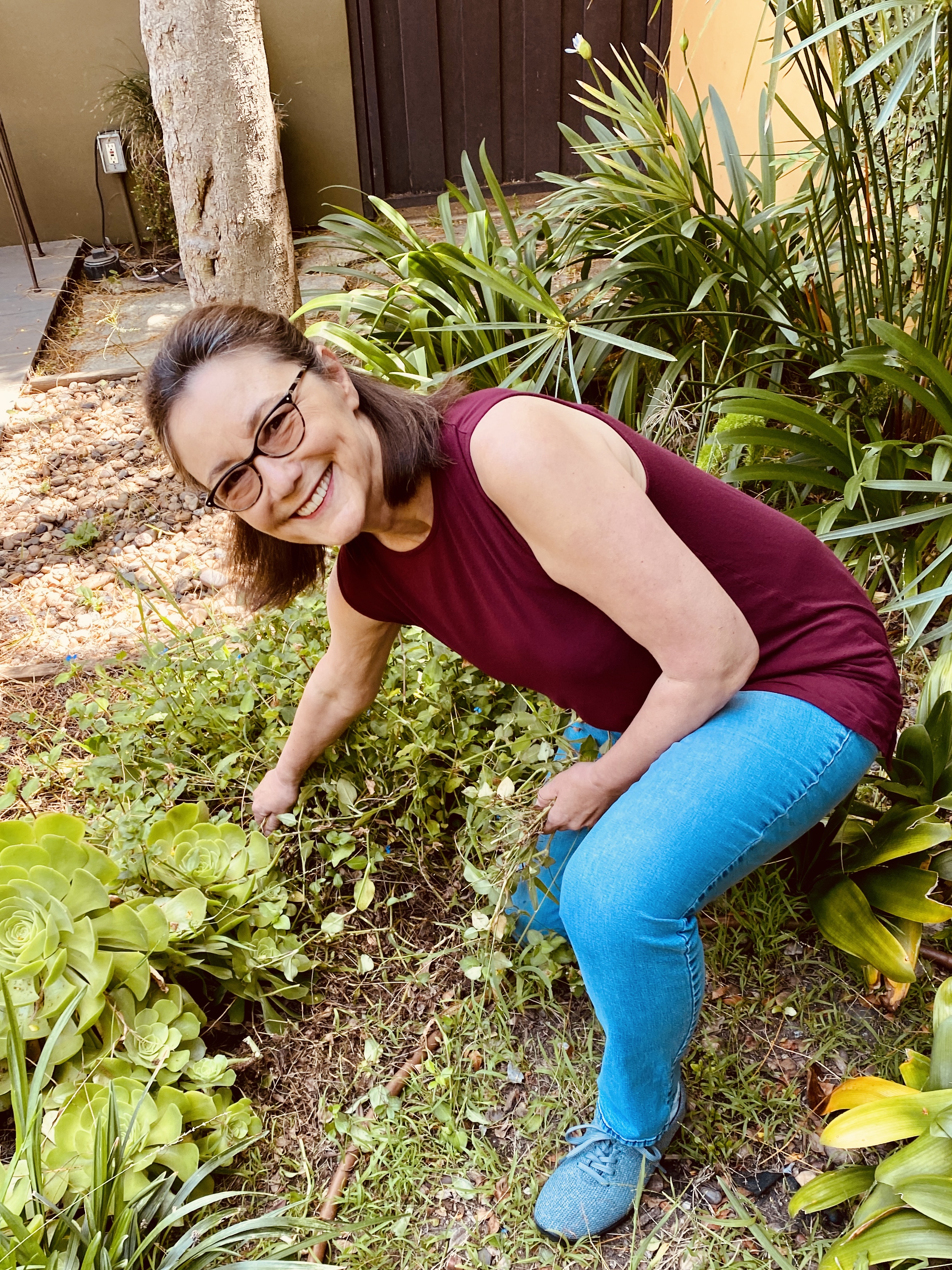 If you love novels about Americans in Asia and Asians in America and the families that form between them, you may have read my fiction. In the 1990s I published two novels, Face and Cloud Mountain, based on my family’s mixed-race history and my examination of my own Chinese-American identity.

Then I shifted my focus to Americans in India, where my first memories were formed during the years my family lived in New Delhi, way back in the 1950s. My 2003 novel Flash House was inspired by my mother’s musing about the risks my father had run flying all over Asia in small planes, including over the Khyber Pass, and what would she have done if anything had happened to him? Well, what would she have done? The story in Flash House offers one Cold War possibility. 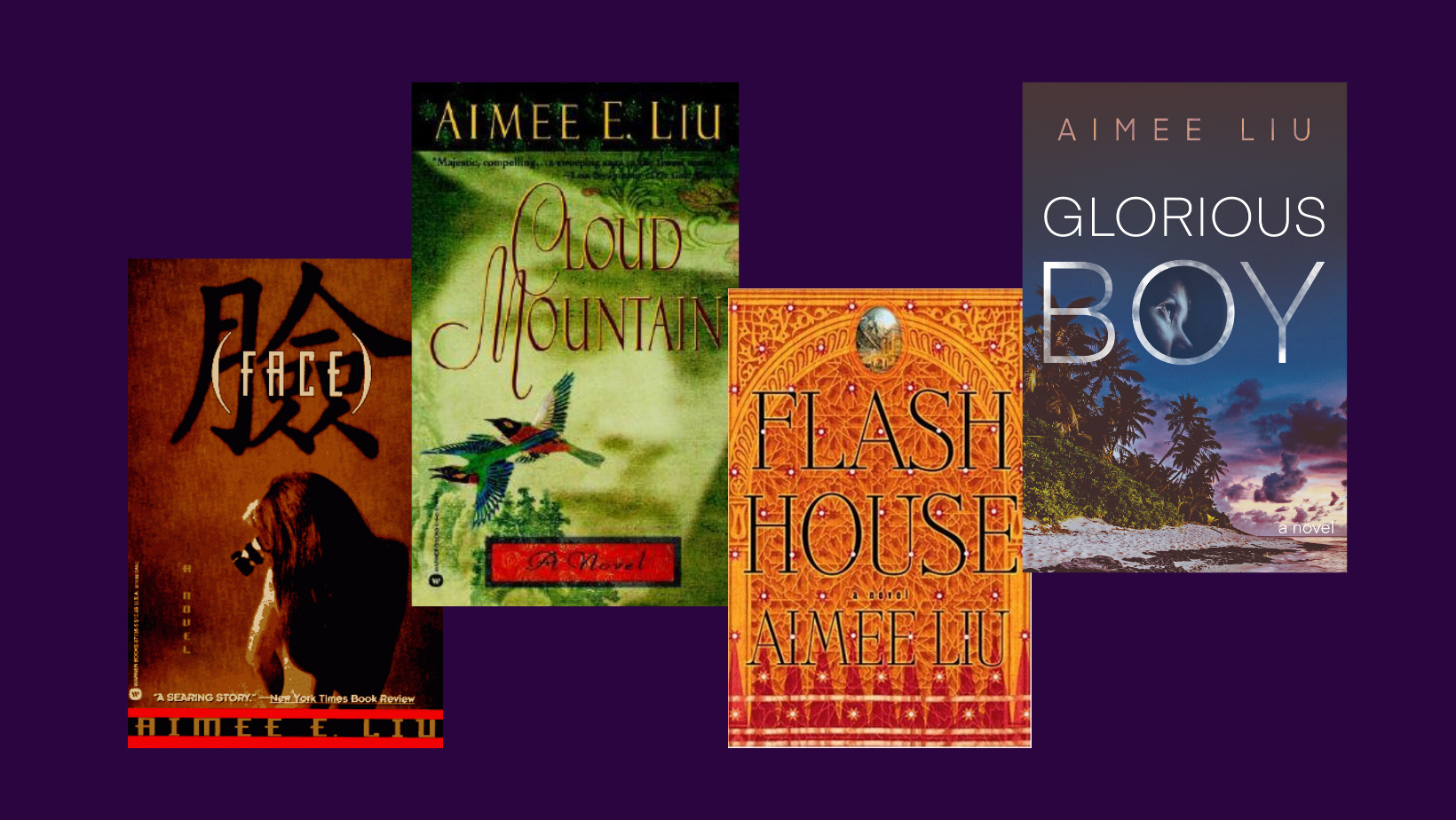 In the course of my research for Flash House I learned about a corner of South Asia that time seemed to have skipped. For 60,000 years the Andaman Islands, off the coast of Burma (now Myanmar), were home to indigenous tribes that had migrated out of Africa. Then the British arrived in the mid-1800s in search of a site for a penal colony. They wanted to exile the Indian Freedom Fighters who’d been arrested after the Indian Mutiny of 1857. They settled on a harbor in the south of the Andaman archipelago and founded Port Blair, eventual home to the notorious Cellular Jail. The Indians and Burmese who were imprisoned, tortured, and killed there dubbed the colony Kaalapani, or Black Water. But by the 1930s, most of the convicts had been released or repatriated, and Port Blair had turned into a neglected colonial outpost where British administrators occupied themselves by studying the rare flora and fauna of the Andamans’ pristine rain forests. Most of the island tribes had died of diseases brought by the colonizers. And then World War II arrived, turning the Andamans into the western front of the Pacific Theater. The Japanese invaded in 1942, intending to use Port Blair as a launchpad to seize the entire Indian subcontinent. Not all of the foreigners in the port evacuated in time.

And with all this wild and extraordinary history in mind, I had a dream that turned into my most recent novel. In that dream, a young island girl is hiding a little white boy from his parents as they’re being evacuated. When the children emerge, the town is empty. Smoke is rising in the distance, and the girl for the first time realizes just what a horrendous thing she’s done — and what she will have to do next. That emotional moment woke me up and sent me to my writing desk. In 2020, Glorious Boy emerged. 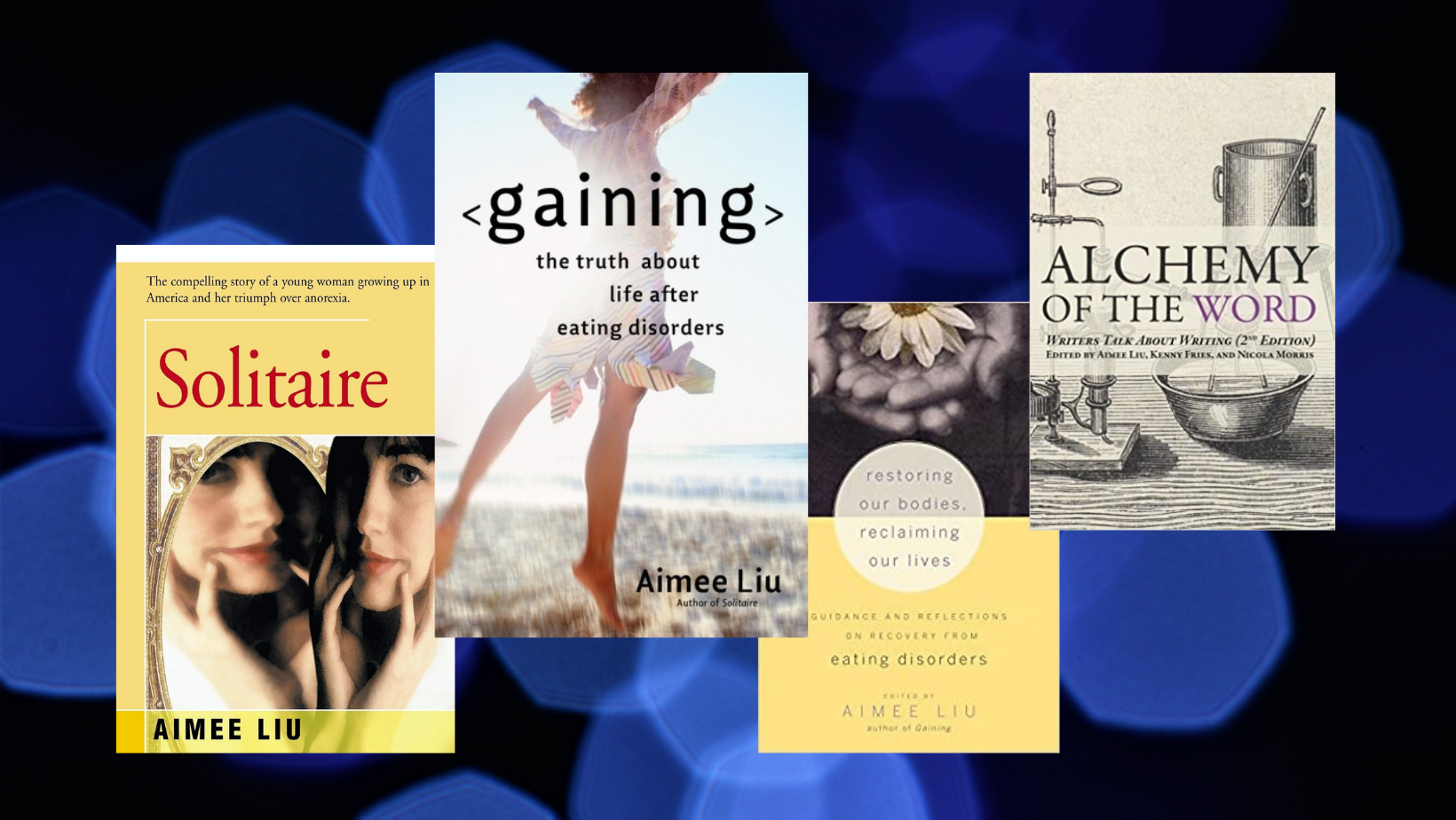 But perhaps you don’t care for Asian-American fiction. You might have met me through the books I’ve written about eating disorders. My 1979 memoir Solitaire was the very first anorexia memoir, published when we were just beginning to understand exactly what it meant to be too skinny. I returned to this field in 2007 to figure out what we know now that we didn’t know back in the beginning, especially with regard to the connection between personality and eating disorders. The result was Gaining: The Truth About Life After Eating Disorders, followed by a book that I edited, Restoring Our Bodies, Reclaiming Our Lives: Guidance and Reflections on Recovery from Eating Disorders.

Between my own books I’ve ghosted or co-authored more than a dozen books on other nonfiction topics. Some have been NYT bestsellers, but I can’t tell you which ones. Some of my co-authors have been celebrities, but I can’t tell you who. I will tell you that there’s a certain luxury in writing other people’s books. I get to polish their good ideas and give them a great voice, then leave the selling to them! And I never give a second thought to their book sales. That’s very different from my experience with my own books.

Like most writers I know, I’m an introvert. COVID-19 restrictions haven’t bothered me much. I have a husband and two grown sons. I love to walk and ride my bike along the beach. Even when the world is not locked down, my social schedule is minimal. However, I do get antsy if my days are filled only with reading and writing. So, I teach.

Since 2006 I’ve been on the faculty of Goddard College’s low-residency MFA in Creative Writing Program. Low-residency means that our program meets in person just twice a year on campus up in Port Townsend, WA, or Plainfield, VT (though, like everyone else, we’ve been meeting virtually during the pandemic). The rest of the semester, I work one-on-one with students, reviewing their work online. In my opinion, this is the ideal way to teach writing to serious writers. It gets them ready for the close, critical scrutiny they’ll receive from editors. And we all learn a lot from each other — wisdom collected in the anthology Alchemy of the Word, which I co-edited a few years ago.

All of these threads weave together in the pieces I publish on Medium. I write about books and writing, psychology and family, and everything in between. You can find me at Aimee Liu. Here are links to a few of my latest articles, just to give you a taste:

Is Your Child A Late Talker?

How Creative Generosity Can Prevent Loneliness

Why Writers Should “Read” This Election Like a Literary Novel

The Primal Power of Stories That Evoke Yearning and Dread

What Will We Learn From This Pandemic? 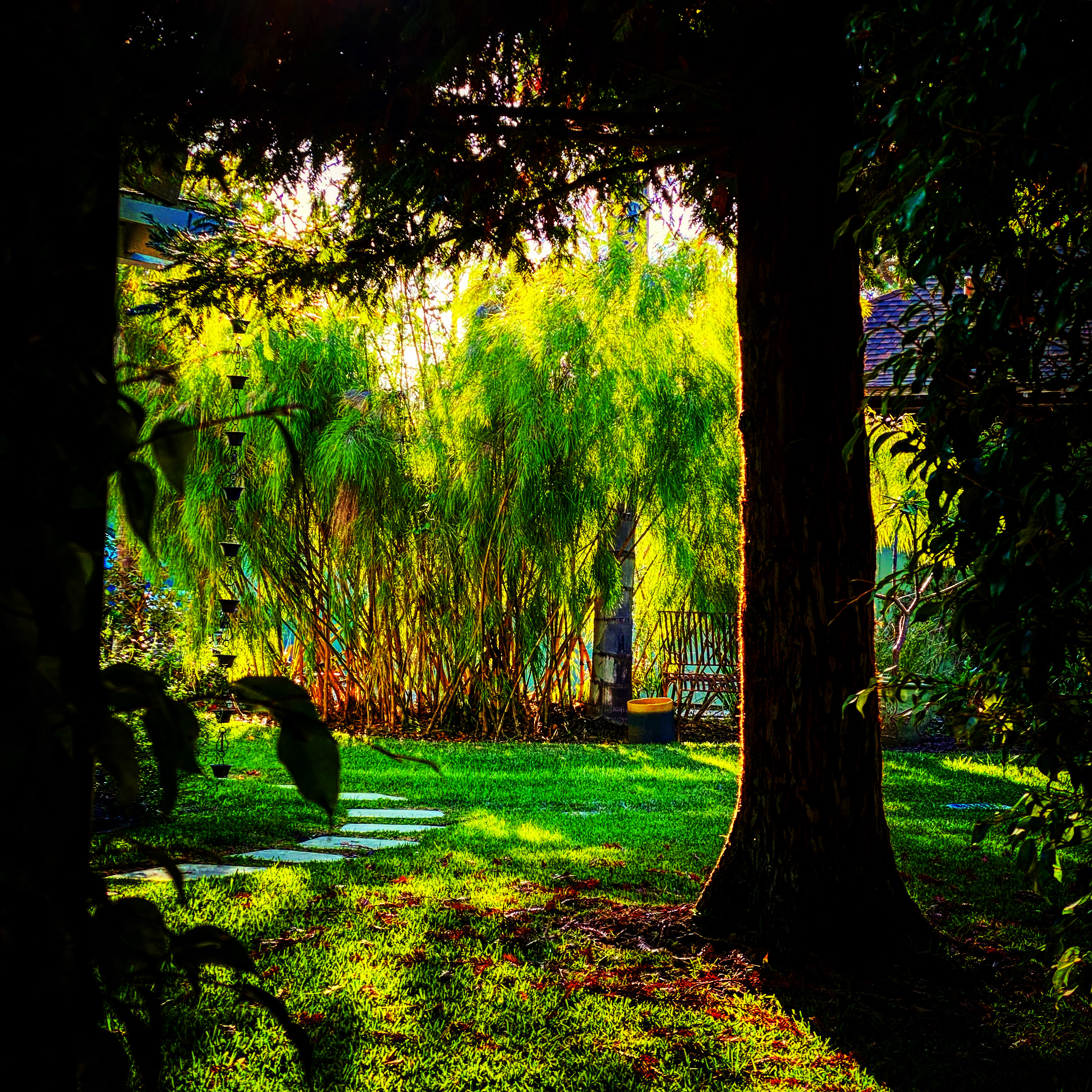 Reading over all this, it sounds like I’ve accomplished a lot. I suppose I have, but there’s one more thing about me that I want to mention. I think it’s vital to keep discovering new delights in life. Sometimes that means going back to past loves and making them new. The passion that I’ve recently restored to my life is visual art.

My undergraduate degree is in painting. In college I worked in oils and acrylics, figurative and non figurative imagery. Some of my paintings I still have and love. Others baffle me. When I stopped painting close-ups of illuminated objects, I lost my mojo. When I made canvases too big to carry, I didn’t know what to do with them. Within three months of graduation I’d quit painting and started writing. It was so much more accessible and efficient.

But last year my publicist suggested I use Instagram to build up a following ahead of my novel’s publication. I discovered that I could edit photos in Instagram to make them look like… photopaintings. I could share them with the world and never worry about storing materials or finished canvases. The only cost was my iphone. And once I started posting my images on Insta @aimeeeliu and on FB @AimeeLiuBooks, I found a whole community of writer-artists with similar sensibilities. I found my visual voice again, and have not looked back. I’ve even started publishing photo essays like this one on the Santa Monica Pier During Lockdown or this one about visual exploration for the Coachella Review. It’s like rekindling an old flame.

I love to hear from my readers. If you have a book group, I’d be delighted to join you for a virtual visit to chat about my books. I also invite you to subscribe to my newsletter, so I can send you news about my latest work and events. Here’s how: